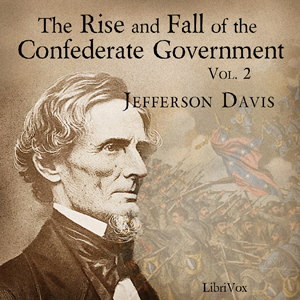 The Rise and Fall of the Confederate Government, Volume 2

Download or Stream instantly more than 55,000 audiobooks.
Listen to "The Rise and Fall of the Confederate Government, Volume 2" on your iOS and Android device.

"The most painful pages of this work are those which . . . present the subjugation of the State governments by the Government of the United States. The patriot, the lover of his country and of the liberties of mankind, can not contemplate these facts without a feeling of grief which will not be comforted. That the work of the fathers of the republic, that the most magnificent system of constitutional government which the wisdom of man has devised, should be turned from its object, changed from its order, rendered powerless to protect the unalienable rights and sovereignty of the people, and made the instrument by which to establish and maintain imperialism, is a revolution unlike any other that may be found in the history of mankind. The result established the truthfulness of the assertion . . . that the Northern people, by their unconstitutional warfare to gain the freedom of certain negro slaves, would lose their own liberties." (from chapter 42)