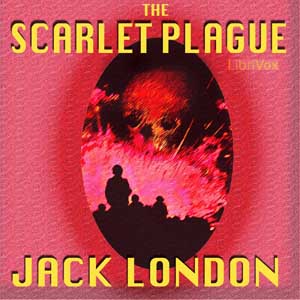 Download or Stream instantly more than 55,000 audiobooks.
Listen to "The Scarlet Plague" on your iOS and Android device.

Known mainly for his tales of adventure, this work of science fiction by Jack London is set in a post-apocalyptic future. It's 2072, sixty years after the scarlet plague has depopulated the planet. James Howard Smith is one of the few survivors of the pre-plague era left alive in the San Francisco area, and as he realizes his time grows short, he tries to impart the value of knowledge and wisdom to his grandsons. Through his narrative, we learn how the plague spread throughout the world and of the struggles of the handful of survivors it left in its wake. The Scarlet Plague was originally published in London Magazine in 1912. (Summary by Wikipedia and James Christopher)