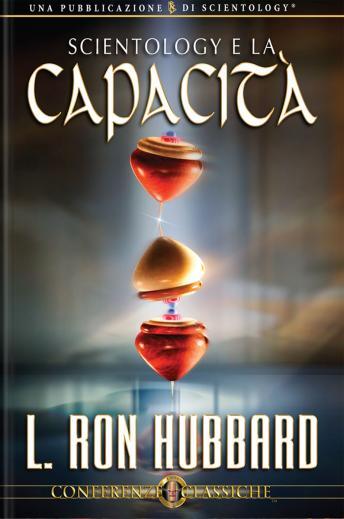 Download or Stream instantly more than 55,000 audiobooks.
Listen to "Scientology & Ability (Italian edition)" on your iOS and Android device.

Scientology simply means 'wisdom, study of.' But it
could also be said to mean this: the application of the
methodologies of science to the problems of the mind. And
that is what it is and that, very truthfully, is what has
happened. - L. Ron Hubbard

When still a young man attending university, Ron
observed that those working in the humanities
had no training in the exact sciences. Believing
that the precision of the scientific method might furnish a
solution to the problems of life and livingness, he urged faculty
members of the psychology department to apply the principles
of physics to the field of the mind.

It was an entirely novel approach. And when no one took
up the challenge-either then or in later years-Ron undertook
the task himself. Unlocking a wealth of answers about human
beings and their potentials, he did indeed resolve the long"'standing
riddle of the mind. With the discovery of its exact nature then
came breakthrough after breakthrough, culminating in the first
technology providing the means to greatly increased ability.

Here, then, is the remarkable account of how Ron bridged the
gulf between two disciplines that occupied entirely separate worlds.
In consequence, millions today are more happy, successful and
able. For this is the adventure of Scientology.