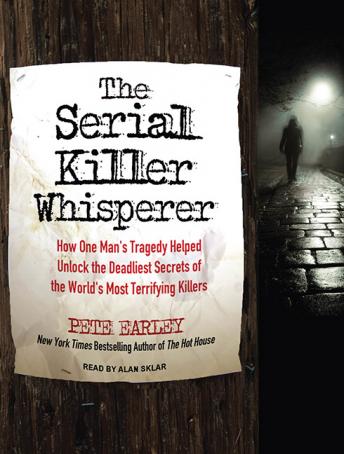 The Serial Killer Whisperer: How One Man's Tragedy Helped Unlock the Deadliest Secrets of the World's Most Terrifying Killers

Download or Stream instantly more than 55,000 audiobooks.
Listen to "The Serial Killer Whisperer: How One Man's Tragedy Helped Unlock the Deadliest Secrets of the World's Most Terrifying Killers" on your iOS and Android device.

Fifteen-year-old Tony Ciaglia had everything a teenager could want-good grades, good athletic skills, and good friends-until he suffered a horrific head injury at summer camp. Pronounced clinically dead three times by helicopter paramedics before he reached a hospital, Ciaglia lapsed into a coma. When he emerged, his right side was paralyzed and he had to relearn how to walk, talk, and even how to eat. The areas of his brain that were damaged required him to take countless pills to control his emotions and rages. Abandoned and shunned by his friends, he began writing to serial killers on a whim and discovered that his traumatic brain injury-which made him an outcast to his peers-enabled him to emotionally connect with notorious murderers in a unique way. Soon many of America's most dangerous psychopaths were revealing heinous details to Tony about their crimes-even those they'd never been convicted of. The killers opened up to him, trusted him, and called him a 'best friend.' But there was a price. As Tony found himself being drawn deeper and deeper into their violent worlds of murder, rape, and torture, he was pushed to the brink of despair and, at times, forced to question his own sanity-until he found a way to put his unusual gift to use. Asked by investigators for the National Center for Missing and Exploited Children for help in solving a murder, Tony began launching his own personal searches for forgotten victims, incredibly with clues often provided to him voluntarily by the killers themselves.The Serial Killer Whisperer takes listeners into the minds of murderers in a way that has never been done before-straight from a killer's thoughts. It is also an inspiring-albeit sometimes terrifying-tale of an American family whose idyllic life is shattered by a terrible accident and how healing and closure came to a tormented man in the most unlikely way: by connecting with monsters.