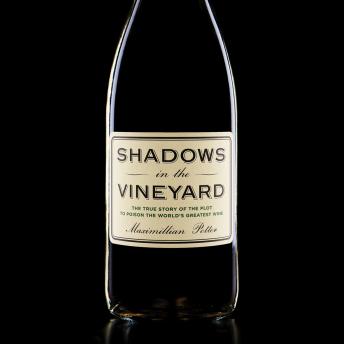 Shadows in the Vineyard: The True Story of the Plot to Poison the World's Greatest Wine

Download or Stream instantly more than 55,000 audiobooks.
Listen to "Shadows in the Vineyard: The True Story of the Plot to Poison the World's Greatest Wine" on your iOS and Android device.

Journalist Maximillian Potter uncovers a fascinating plot to destroy the vines of La Romance-Conti, Burgundy's finest and most expensive wine.

In January 2010, Aubert de Villaine, the famed proprietor of the Domaine de la Romance-Conti, the tiny, storied vineyard that produces the most expensive, exquisite wines in the world, received an anonymous note threatening the destruction of his priceless vines by poison—a crime that in the world of high-end wine is akin to murder—unless he paid a one million euro ransom. Villaine believed it to be a sick joke, but that proved a fatal miscalculation and the crime shocked this fabled region of France. The sinister story that Vanity Fair journalist Maximillian Potter uncovered would lead to a sting operation by some of France's top detectives, the primary suspect's suicide, and a dramatic investigation. This botanical crime threatened to destroy the fiercely traditional culture surrounding the world's greatest wine.

Shadows in the Vineyard takes us deep into a captivating world full of fascinating characters, small-town French politics, an unforgettable narrative, and a local culture defined by the twinned veins of excess and vitality and the deep reverent attention to the land that runs through it.