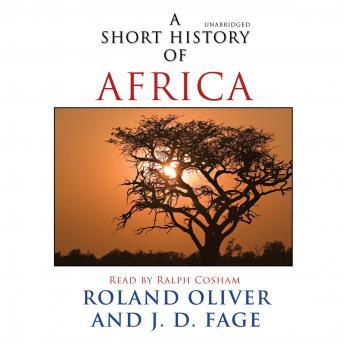 A Short History of Africa

Download or Stream instantly more than 55,000 audiobooks.
Listen to "A Short History of Africa" on your iOS and Android device.

During the twentieth century the center of the world shifted. The dramatic alterations in political power have corrected the once prevalent vision of a European-centered world. While the centers of European culture flourished, decayed, and sprouted in turn, empires in Africa rose, ruled, resisted, and succumbed. Much of Africa's past has now been excavated from ignorance and error, revealing a rich and previously little-known human heritage.
This classic work draws on the whole range of literature about Africa as well as evidence provided by archaeology, oral traditions, language relationships, and social institutions. It marshals the most authoritative views of African specialists into an absorbing narrative and puts forward original conclusions that take the study of Africa a stage further.