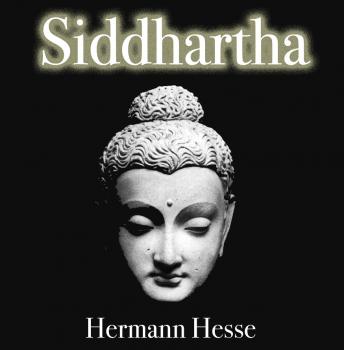 Download or Stream instantly more than 55,000 audiobooks.
Listen to "Siddhartha" on your iOS and Android device.

Siddhartha is one of the great philosophical novels. Profoundly insightful, it is also a beautifully written story that begins as Siddhartha, son of an Indian Brahman, leaves his family and begins a lifelong journey towards Enlightenment. On the way he faces the entire range of human experience and emotion: he lives with ascetics, meets Gotama the Buddha, learns the art of love from Kamala the courtesan, and is transformed by the simple philosophy of the ferryman Vasudeva whose wisdom comes not from learned teachings but from observing the River. Herman Hesse (1877-1962) was a German-Swiss novelist, poet, and painter. He was awarded the Nobel Prize in Literature in 1946.