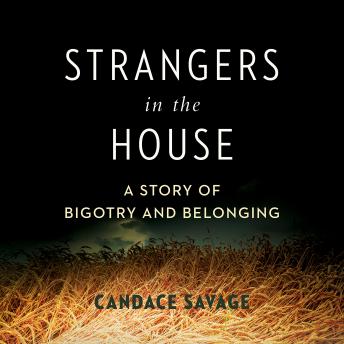 Strangers in the House

Download or Stream instantly more than 55,000 audiobooks.
Listen to "Strangers in the House" on your iOS and Android device.

A renowned author investigates the dark and shocking history of her prairie house.

When researching the first occupant of her Saskatoon home, Candace Savage discovers a family more fascinating and heartbreaking than she expected.

Napoléon Sureau dit Blondin built the house in the 1920s, an era when French-speakers like him were deemed "undesirable" by the political and social elite, who sought to populate the Canadian prairies with WASPs only. In an atmosphere poisoned first by the Orange Order and then by the Ku Klux Klan, Napoléon and his young family adopted anglicized names and did their best to disguise their "foreignness."

In Strangers in the House, Savage scours public records and historical accounts and interviews several of Napoléon's descendants, including his youngest son, to reveal a family story marked by challenge and resilience. In the process, she examines a troubling episode in Canadian history, one with surprising relevance today.