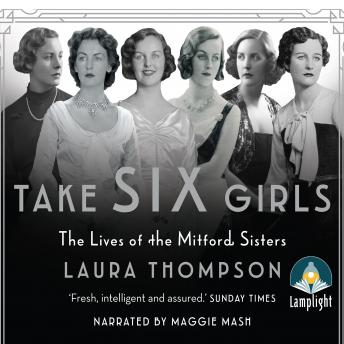 Take Six Girls: The Lives of the Mitford Sisters

Download or Stream instantly more than 55,000 audiobooks.
Listen to "Take Six Girls: The Lives of the Mitford Sisters" on your iOS and Android device.

They were known as the Mitford sisters: Nancy, Pamela, Diana, Unity, Jessica and Deborah. Born into country-house privilege in the early years of the 20th century, they became prominent as 'bright young things' in the high society of interwar London. Then, as the shadows crept over 1930s Europe, the stark - and very public - differences in their outlooks came to symbolize the political polarities of a dangerous decade.