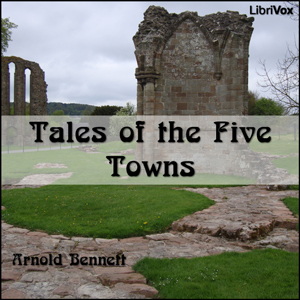 Tales of the Five Towns

Download or Stream instantly more than 55,000 audiobooks.
Listen to "Tales of the Five Towns" on your iOS and Android device.

This is a selection of short stories recounting, with gentle satire and tolerant good humour, the small town provincial life at the end of the nineteenth century, based around the six towns in the county of Staffordshire, England, known as the Potteries. Arnold Bennett chose to fictionalize these towns by changing their names and omitting one (Fenton) as he apparently felt that “Five Towns” was more euphonious than “Six Towns”. The real town names which are thinly disguised in the novel are: Hanley, Longton, Burslem and Tunstal, the fifth, Stoke, became “Knype”.

Arnold Bennett (1867-1931) was born in Hanley, the eldest child of a pawnbroker who subsequently became a solicitor. Bennett’s father wished him to become a solicitor too, but he failed his university entrance examination and instead became a solicitor's clerk, at first in his father's office and, from 1889, in London.

He showed early promise as a writer winning a writing competition in a local newspaper as a boy. In London he began to see his writing published in popular magazines and he joined the staff of ‘Woman’ magazine in 1893.

His first novel to be published, A Man from the North, appeared in 1898 and its success allowed him to give up other work to concentrate on writing. His first short story (A Letter Home) was written in 1893 and appears in Tales of the Five Towns. (Summary by Martin Clifton)