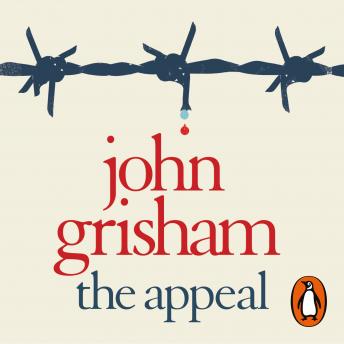 Download or Stream instantly more than 55,000 audiobooks.
Listen to "The Appeal" on your iOS and Android device.

Money can buy you anything. Even a verdict...

In a crowded courtroom in Mississippi, a jury returns a shocking guilty verdict against a chemical company. Accused of dumping toxic waste into a small town's water supply, causing the worst 'cancer cluster' in history, the company knows it's in trouble. Their only avenue is to appeal to the Mississippi Supreme Court, whose nine justices will either approve the verdict or reverse it.

But the company's owner, Carl Trudeau, isn't willing to let justice be done. Instead, he decides to try to purchase a seat on the Court. Through an intricate web of conspiracy and deceit, his political operatives recruit a young, unsuspecting candidate. They finance him, manipulate him, market him, and mould him into a potential Supreme Court justice.

And unless their scheme is exposed, the polluters will make a clean escape...