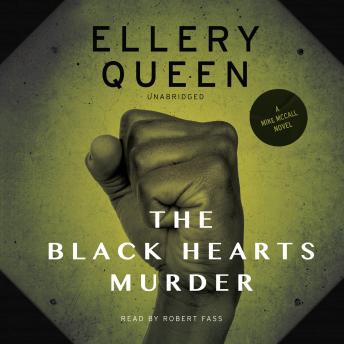 Download or Stream instantly more than 55,000 audiobooks.
Listen to "The Black Hearts Murder" on your iOS and Android device.

Where is Harlan James?
He is the indicted, bail-jumping leader of Banbury'smilitant Black Hearts who has gone underground ... but whose rage, still heard ontape, is edging the city towards interracial terror.
Harlan James calls for violence-for black protests, demonstrations,drastic political action against the city's white leaders.
But did he also call for-or commit-murder?
It is a top priority job for Mike McCall, a new breed ofcrime-fighter, whose cases plunge him into the crises of modern America. When aprominent white official is shot to death, McCall must find the killer-or face open racial warfare!