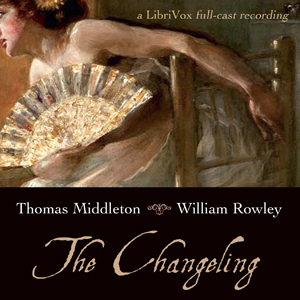 Download or Stream instantly more than 55,000 audiobooks.
Listen to "The Changeling" on your iOS and Android device.

The Changeling is a sensational 1622 tragicomedy by Thomas Middleton and William Rowley that comprises two intertwining plots. The first involves Beatrice-Joanna, daughter of the governor of Alicante, and her unruly passion for Alsemero, despite the fact that she is engaged to Alonzo de Piracquo. She enlists the aid of her father's servant De Flores to kill Alonzo so that she can marry Alsemero. However, she does not anticipate that De Flores, who is in love with her, will demand payment for the deed. The second plot is set in a madhouse, where the jealous old doctor Alibius is keeping his beautiful young wife Isabella confined so that she will not be unfaithful to him. Despite his best efforts, she is assailed by illicit suitors on all sides: Franciscus, who disguises himself as a madman, Antonio, who disguises himself as a fool, and Lollio, his lustful servant. (Summary by Elizabeth Klett)