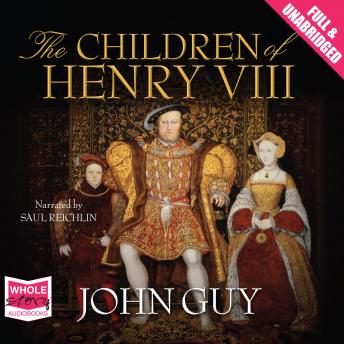 The Children of Henry VIII

Download or Stream instantly more than 55,000 audiobooks.
Listen to "The Children of Henry VIII" on your iOS and Android device.

Nothing drove Henry VIII, England's wealthiest and most powerful king, more than producing a legitimate male heir and perpetuating his dynasty. To that end he married six wives, became the subject of the most notorious divorce case of the sixteenth century, and broke with the Pope, all in an age of international competition and warfare, social unrest and growing religious intolerance and discord.

Praise for the author: 'Guy, whose prose is commendably readable, has a real gift for bringing Tudor history to life for 21st-century readers.' INDEPENDENT