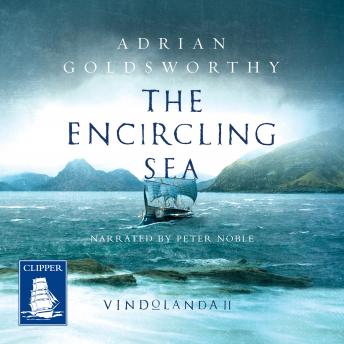 Download or Stream instantly more than 55,000 audiobooks.
Listen to "The Encircling Sea" on your iOS and Android device.

Flavius Ferox, Briton turned Roman centurion, is charged with keeping Rome's empire intact. But from his base at Vindolanda on the northern frontier of Britannia, he feels enemies closing in on him from all sides. Ambitious leaders await the chance to carve out empires of their own. While men nearer at hand speak in whispers of war and the destruction of Rome. And now new threats are reaching Ferox's ears. Stories about the boat-dwelling men of the night, who have cursed the land and only come ashore to feast on men's flesh. These are just rumours for now. But Ferox knows that rumours stem from truth. And that no one on this isle is safe from the great, encircling sea...