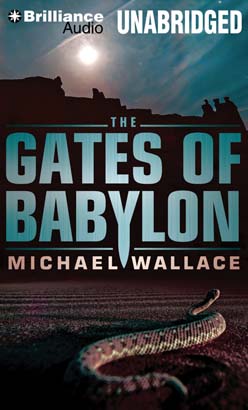 The Gates of Babylon

Download or Stream instantly more than 55,000 audiobooks.
Listen to "The Gates of Babylon" on your iOS and Android device.

With the murderous Kimball clan’s evil power plays finally put down, Dr. Jacob Christianson begins to embrace his role as leader of the Mormon polygamist community of Blister Creek, hoping to slowly bring his people into the modern age. But then the world around Blister Creek begins to fall apart: An international crop failure and global starvation. Freezing temperatures and active volcanoes. Fuel and medicine shortages. Widespread lawlessness and looming war. The residents of Blister Creek suddenly find themselves facing the very end-of-the-world scenario they’ve been preparing for. Years of stockpiling guns, ammunition, food, and fuel are paying off: They are ready to wait out whatever God has in store for them.
Unfortunately, their preparations have not gone unnoticed. A newly empowered government agency and a vengeful governor have their sights set on Blister Creek and are plotting to take control of their supplies. Can Jacob defend his community, calm his terrified people, quell an armed rebellion, and keep government forces out of his people’s business? Only God knows.
Set in a dangerously beautiful landscape against a backdrop of apocalyptic worldwide collapse, The Gates of Babylon is the sixth book in Michael Wallace’s acclaimed Righteous series.