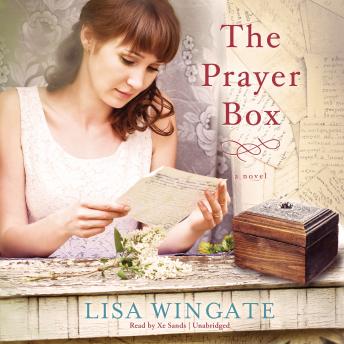 The Prayer Box: A Novel

Download or Stream instantly more than 55,000 audiobooks.
Listen to "The Prayer Box: A Novel" on your iOS and Android device.

A young woman, anold woman, and the story of a lifetime...
When Iola Anne Poole, an old-timer on Hatteras Island,passes away in her bed at ninety-one, the struggling young mother in her rentalcottage, Tandi Jo Reese, finds herself charged with the task of cleaning outIola's rambling Victorian house.
Running from a messy, dangerous past, Tandi neverexpects to find more than a temporary hiding place within Iola's walls, buteverything changes with the discovery of eighty-one carefully decorated prayerboxes, one for each year, dating from Iola's youth to her last days. Hiddenin the boxes is the story of a lifetime, written on random bits of paper-thehopes and wishes, fears and thoughts of an unassuming but complex woman passingthrough the seasons of an extraordinary, unsung life filled with journeys offaith, observations on love, and one final lesson that could change everything.