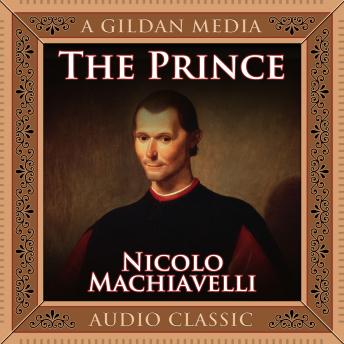 Download or Stream instantly more than 55,000 audiobooks.
Listen to "The Prince" on your iOS and Android device.

From his perspective in Renaissance Italy, Machiavelli's aim in this classic work was to resolve conflict with the ruling prince, Lorenzo de Medici. Machiavelli based his insights on the way people really are rather than an ideal of how they should be. This is the world's most famous master plan for seizing and holding power. Astonishing in its candor The Prince even today remains a disturbingly realistic and prophetic work on what it takes to be a prince, a king, or a president. When Machiavelli was removed from his post in his beloved Florence, he resolved to set down a treatise on leadership that was practical, not idealistic. The Prince he envisioned would be unencumbered by ordinary ethical and moral values. Even today, this sixteenth-century classic has become essential reading or listening for every student of government, and is the ultimate audiobook on power politics.