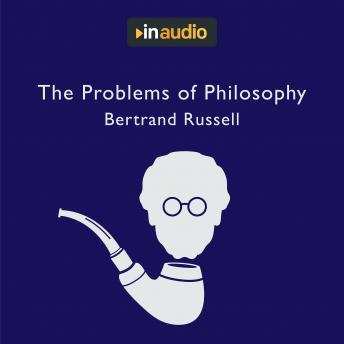 The Problems of Philosophy

Download or Stream instantly more than 55,000 audiobooks.
Listen to "The Problems of Philosophy" on your iOS and Android device.

Bertrand Russel's 1912 book The Problems of Philosophy was Rusell's attempt to succinctly summarize problems in the subject of philosophy that prompt discussion among philosophers. In addition to espousing his own philosophies, Russel uses this book to introduce the philosophic principles from other famous philosophers: Plato, Aristotle, Descartes, Hume, John Locke, Kant, and others.
The book focuses largely on the theory of knowledge and epistemology rather than matters of existence and reality. Russel sought to give light to philosophical problems that were not necessarily the most discussed, stating that he wanted to produce positive thoughts toward subjects that were garnering negative criticism rather than constructive criticism. This book was one of Russel's foundational works and is an accessible guide to understanding philosophical topics.