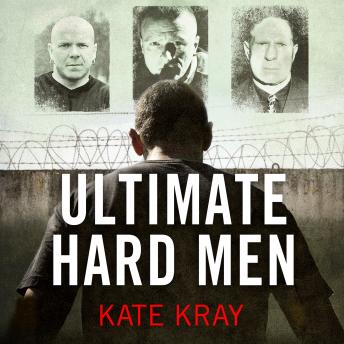 Ultimate Hard Men - The Truth About the Toughest Men in Britain

Download or Stream instantly more than 55,000 audiobooks.
Listen to "Ultimate Hard Men - The Truth About the Toughest Men in Britain" on your iOS and Android device.

Gangsters, hitmen, murderers and terrorists . . . Kate Kray has met them all. Using her unrivalled links to the criminal underworld, she has asked the questions many would be too terrified to utter.

From seasoned hard man Roger Shaw to feared detainee Charles Bronson, Kate lifts the lid on the crimes they committed, and speaks to the men themselves to find out what exactly makes them tick. Infamous criminals, now seen as legends of British crime, open up to reveal their fated paths and the instrumental moments which caused them to turn to a life outside the law.

These are the stories of the men behind the headlines, each one with a unique story to tell. But there is one thing they all have in common: they inhabit a world in which the rest of us fear to tread.