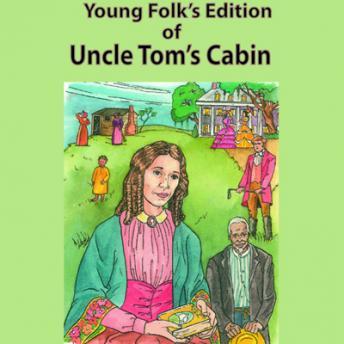 Painstakingly based upon the classic 1852 novel, Uncle Tom's Cabin, Harriet Beecher Stowe re-tells the story to allow young readers a glimpse into the darker side of American History.

Uncle Tom's Cabin was the best selling novel of the 1800s and had an enormous influence in gallvanizing public opinion against slavery.

Uncle Tom's Cabin is the story of two slaves who's master must sell them to settle his debts. Uncle Tom is sold ""down the river"", away from his wife and children, Eliza decides to escape.

Uncle Tom has a great faith in God and is a righteous man, but is sorely tested when he is sold to a sadist owner named Simon Legree.

Does Eliza make it to Canada? Will Uncle Tom survive Simon Legree's villany? Uncle Tom's Cabin will keep you riveted to the end.

AUTHOR
Harriet Beecher Stowe (1811-1896) was an American author who became a major catalyst for the abolishion of slavery with her novel, Uncle Tom's Cabin.
A deeply religious woman from an enormous and devout family, Stowe had enormous compassion for the plight of slaves and infused her writings with humanity, creating characters and situations that resonated with people all over the world.

The impact of Uncle Tom's Cabin was so profound, that when Abraham Lincoln met Harriet Beecher Stowe, he reportedly said ""So you are the little woman who wrote the book that started this great war.""
"