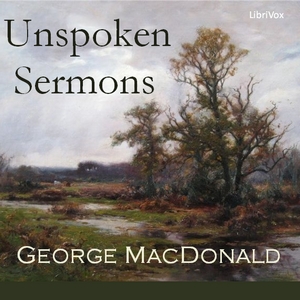 Download or Stream instantly more than 55,000 audiobooks.
Listen to "Unspoken Sermons" on your iOS and Android device.

George MacDonald was a Scottish author, poet, and Christian minister. In his day he was considered one of the great Victorian authors on par with Dickens, Thackeray, Kipling and the like. His reputation as an author, however, has not fared as well largely because of the ubiquitous and fervent presence of religion throughout his works.

MacDonald's theology, though sprinkled liberally throughout his fairly substantial number of books, is perhaps nowhere more palpable than in Unspoken Sermons. These sermons, though by no means amongst the most popular of MacDonald's work, have had theological impact from their first appearance. That influence is probably most notable in C.S. Lewis who called MacDonald "my master" and of Unspoken Sermons said, "My own debt to this book is almost as great as one man can owe to another."

More recent influence can be seen in Michael Phillips' 2005 edited edition of some of Macdonald's sermons in which he states:
"MacDonald saw things differently. Doctrinal formula was nothing to him. His unique perspective takes some getting used to. I find that many passages require two or three readings. But I also find spiritual gold awaiting me, sometimes buried deep but always ready to shine out brilliantly from the page when suddenly I see it. Theologically, too, as imaginatively, I have discovered many doors of delight opening before me into new worlds of wonder about God and his work." (Summary by David Baldwin)