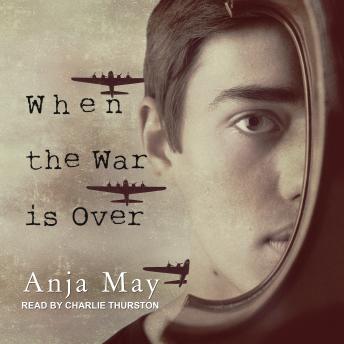 When the War is Over

Download or Stream instantly more than 55,000 audiobooks.
Listen to "When the War is Over" on your iOS and Android device.

During the last months of a brutal war, a sixteen-year-old boy must fight for survival.

The true account of a teenage soldier in World War 2 Germany.

Germany, 1945. Ever since Anton Kohler first heard the vibrant sound of the violin, he's dreamed of mastering the instrument. But when his father dies, the fifteen-year-old must give up his passion to support his seven younger siblings. As the Russian army marches closer to his hometown, Anton and his best friend Gerhard are pulled from their families and forced to help defend their home in a last desperate stand.

When Anton witnesses the slaughter of concentration camp prisoners, he vows to escape the war and find a way home to his family and his girl, Luise. In the chaos of impending defeat, Anton is torn between his promise to protect the life of his best friend and his desire to survive the war with his conscience intact.

Based on a true account, this coming-of-age story set in the last turbulent months of World War 2, Germany, is a tale of love and friendship, of hope and loss. Listen to When the War is Over now to experience the poignant journey of a teenage soldier.