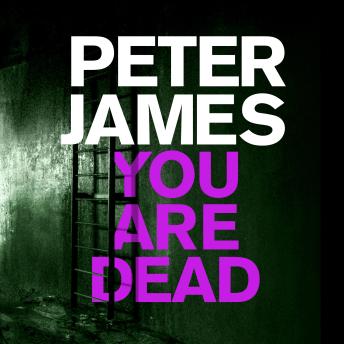 Download or Stream instantly more than 55,000 audiobooks.
Listen to "You Are Dead" on your iOS and Android device.

You are Dead is the eleventh thrilling crime novel in Peter James' Roy Grace series, read aloud by Daniel Weyman.
They were marked for death.
The last words Jamie Ball hears from his fiancée, Logan Somerville, are in a terrified mobile phone call. She has just driven into the underground car park beneath the block of flats where they live in Brighton. Then she screams and the phone goes dead. The police are on the scene within minutes, but Logan has vanished, leaving behind her neatly parked car and mobile phone.
That same afternoon, workmen digging up a park in another part of the city, unearth the remains of a woman in her early twenties, who has been dead for thirty years.
At first, to Roy Grace and his team, these two events seem totally unconnected. But then another young woman in Brighton goes missing - and yet another body from the past surfaces.
Meanwhile, an eminent London psychiatrist meets with a man who claims to know information about Logan. And Roy Grace has the chilling realization that this information holds the key to both the past and present crimes . . . Does Brighton have its first serial killer in over eighty years?