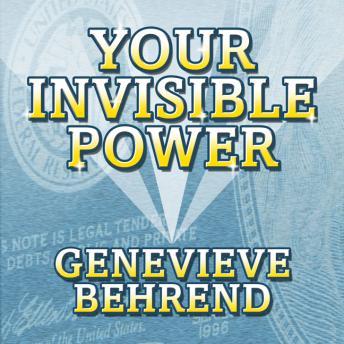 Your Invisible Power: Troward's Wisdom Shared By His One and Only Student

Download or Stream instantly more than 55,000 audiobooks.
Listen to "Your Invisible Power: Troward's Wisdom Shared By His One and Only Student" on your iOS and Android device.

Respect, trust, and commitment are the cornerstones of a dedicated relationship between a teacher and a student. For a passionate student yearning to learn and understand the essence of a subject, they must demonstrate these traits before a teacher will take them under their wing. In this case, the teacher was Thomas Troward of Cornwall England and the student was Genevieve Behrend. He imparted his personal insight to the one and only pupil who could perpetuate this knowledge and share it with the world.
Not long after her time with Troward, Behrend began her mission in New York City where she established and headed The School of the Builders up until 1925. She then established another school in Los Angeles before touring other major cities throughout North America for the next 35 years as a celebrated lecturer, teacher, and practitioner of Mental Science. Your Invisible Power was her first book and remains her most powerful and popular work.
Behrend presents the Troward philosophy at its best because of the way her incomparably direct, and dynamic personality relates the life-changing concepts on a personal level. Behrend says, 'We all possess more power and greater possibilities than we realize, and visualizing is one of the greatest of these powers'.
Listen as she offers you a powerful, yet simple and easy guide to open up the way to the attainment of your desires.